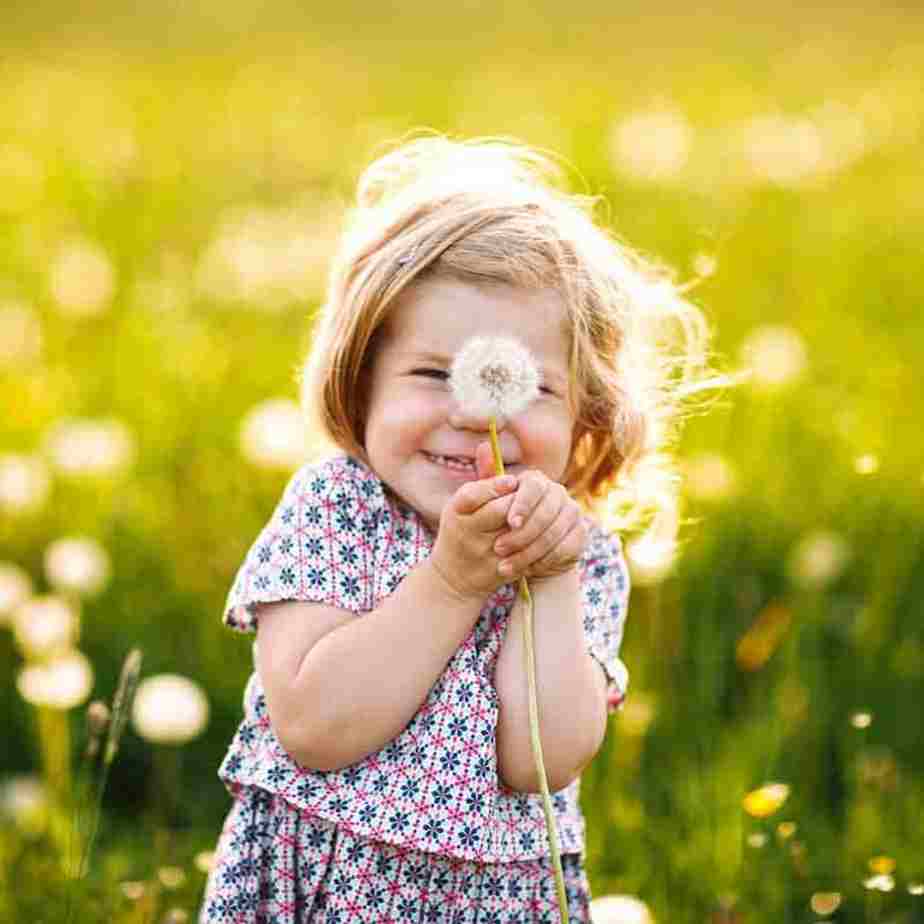 The first time I did research with two-year-olds was a wake-up call. Previously, I had only worked with little babies and older children.

It is quite challenging to study the development of emotions and cognition in babies, but believe me, two-year-olds, were a whole other level.

A two-year-old’s newfound sense of independence and self-hood make them primed to challenge rules. And that is exactly what they will do — push boundaries, test limits, challenging themselves, and your patience!

I remember it like it was yesterday when the senior researcher told us during training, “Two-year-olds require us to speak a different language.”

As if it is a prime directive, they will be contrary to what you say, so, you have to find ways to encourage them to cooperate while allowing them to fulfill their need for “I do it myself!”

Here are some of the things I have learned over the years — from doing research with two-year-olds to having my own– that will win your way to your two-year-old’s heart and their cooperation.

8 Tips For Parenting Your Two-Year-old: Win Their Hearts and Their Cooperation

Two-year-olds are in the preoperational stage of cognitive development. They literally learn by repeating behaviors over and over.

If they have picked up a bad word from you (never!) or your husband — or the older next-door neighbor kid, ignore it — act like it’s no big deal.

If you act like it is a big deal — they will repeat it — again and again and again. Because they want to see your unusual reaction to them simply saying a word.

Two-year-olds aren’t quite capable of thinking through that saying the word makes you upset, they will only think about your immediate reaction. Which is different from how you normally act. So, they will say that word over and over because your reaction is so interesting.

Normally, we want to encourage their behavior and exploration and play along when we are the fairy godmother for the fortieth time in a row.

Only ignore them when it is truly an unwanted behavior.

When my son was 2, he started hitting. We got a book about it, we talked to him, we got emotional and tried to show him how upset we got when he hit. None of that worked. Then I remembered my training from all those years ago and I said to my husband, let’s try not to react.

We stopped having those big reactions. Instead, we said in a neutral tone of voice, It seems like you are trying to get my attention, can you try to get it in a better way?

And it worked! Ignoring and not giving a big emotional response made him lose interest in hitting. He had no underlying behavior issues, he didn’t want to hurt us, he wanted a reaction, plain and simple.

2. Surprise them with the unexpected

On the same token, they are completely delighted by unexpected reactions. So, as long as it isn’t a behavior you don’t want to reinforce — surprise them will silly antics.

Trying “sneezing” with a hat on and have it fly off of your head.

Or pretend something is really, really heavy when it’s obviously not.

3. Tell Them What They Can Do

For the entire year that your child is two, or three for that matter, perhaps even when they are four, forget the word: don’t.

Instead of don’t run — use your walking feet.

Instead of don’t yell — use your inside voice.

And even better — make it fun. Instead of walking feet — say let’s waddle like a duck.

Or just refocus or redirect them by telling them what they can do:

Instead of don’t jump on the bed, say — You have a lot of jumping energy, jump on these pillows on the floor!

Harness their newfound sense of self by putting them in charge of something. This will build up their sense of mastery.

This is a great tip for gaining two-year-olds (and older kids too!) cooperation.

Whatever it is you need to do, have them be a part of it. Put them in charge of the garage door opener when you need to leave the house. Or, at the grocery store, have them point to the items that you need, Can you find the bananas?

This works around the house as well. Instead of telling your toddler what to do, ask for their help in a way that bolsters their sense of independence and captures their imagination:

Ask your toddler to find all of the lost toys and putting them back where they belong.

Next time you are doing laundry, your toddler can help their clothes leap into the hamper.

In the kitchen, your toddler can use a dustpan to catch all of the runaway crumbs on the floor in the kitchen.

Describe the chores in ways that tell a story and you will capture their attention and cooperation!

Instead of asking your child to put on their shoes — which involves a few steps, break it down into one or two steps at a time.

First Get the Shoes: Let’s hop like a bunny to the shoes!

Encourage them to want to put on their shoes: Which shoes will you choose today? The orange ones or the blue ones?

If they refuse, do something surprising — Okay, I’ll put the shoe on — where does it go? Here on your hand.

6. Name and Acknowledge Their Emotions

Two-year-olds are learning what emotions are and they are expressing them in primal ways, not in socially accepted ways.

It is important to teach them first to name their emotions and second, that their feelings are meant to be felt — that emotions are okay.

How they express their emotions might not be okay… for example, you might name and acknowledge their emotions by saying: “It’s okay to be angry, but it is never okay to hit.“

Naming the emotion is the first step in learning how to express emotions in better ways.

Acknowledging children’s emotions, telling them it’s okay to feel how they feel, helps them to understand emotion and leads to better empathy and prosocial behaviors, especially in boys.

Talking about emotions is also associated with more sharing and helping behaviors in toddlers.

In response, they will feel like it is safe to express those emotions to you. And you will be helping strengthen those tenuous connections in their still-developing emotion-regulation parts of the brain.

I love this printable toolkit for emotions (picture below)! This toolkit teaches toddlers to learn their emotions and how to express them — 1. How do I feel? Name the emotion. 2. What do I want? Comfort, Space, or Silliness?™

Two-year-olds do not have a real sense of time. To them, it can seem arbitrary and controlling when we say, It’s time to turn off the TV and come eat dinner.

And so they protest (understatement!).

Anchors can be daily or over long periods of time. Taco Tuesday or pizza night is an example of weekly anchors. For picky eaters or kids with mealtime sensitivities, some predictability in what they eat can work wonders.

I also recommend a toddler clock. These are great for signaling when it’s time to wake up (not too early), time for a nap, quiet play, and bedtime.

For more about our bedtime routine, check out this post: Building a Better Bedtime Routine.

I love these printable routine charts and cards (pictured above). You can set them up how you want in the way that works for your house. It is also easy to change it up if you need to. I wish I had these when my son was two!

Giving children some predictable anchors helps them to have a sense of control and thus fewer tantrums.

8. Try a Feeling Break (a more flexible kind of time-in)

Time-outs vs. time-ins — what’s the difference? Really none of that matters — what matters is what works. There is much debate between psychologists on this topic. Putting all of the research together as well as my own experience as a mother, what parents really need is a flexible strategy that always puts feelings first.

Why? Because this is exactly what toddlers are learning! What emotions are and what to do with them.

And sometimes your own feelings! Sometimes parents need a break when they are frustrated too. Done is the right way you can tell your child you need a moment to feel and you can give your child a moment to practice regulation too.

The difference from a time-out is that you don’t ignore your child, you simply ask them to pause. You don’t tell your child to ‘calm down’, you tell them to take the time to feel their feeling. The difference from a time-in is that you always look for the root emotion under the behavior first, you allow space when needed by you or your child, and you include a time-break for reflection.

TLCMat has been designed and produced by parents, for parents. We want you to rest assured that your child is playing on safe, friendly playmats.

We use cookies on our website to give you the most relevant experience by remembering your preferences and repeat visits. By clicking “Accept All”, you consent to the use of ALL the cookies. However, you may visit "Cookie Settings" to provide a controlled consent.
Cookie SettingsAccept All
Manage consent

This website uses cookies to improve your experience while you navigate through the website. Out of these, the cookies that are categorized as necessary are stored on your browser as they are essential for the working of basic functionalities of the website. We also use third-party cookies that help us analyze and understand how you use this website. These cookies will be stored in your browser only with your consent. You also have the option to opt-out of these cookies. But opting out of some of these cookies may affect your browsing experience.
Necessary Always Enabled
Necessary cookies are absolutely essential for the website to function properly. These cookies ensure basic functionalities and security features of the website, anonymously.
Functional
Functional cookies help to perform certain functionalities like sharing the content of the website on social media platforms, collect feedbacks, and other third-party features.
Performance
Performance cookies are used to understand and analyze the key performance indexes of the website which helps in delivering a better user experience for the visitors.
Analytics
Analytical cookies are used to understand how visitors interact with the website. These cookies help provide information on metrics the number of visitors, bounce rate, traffic source, etc.
Advertisement
Advertisement cookies are used to provide visitors with relevant ads and marketing campaigns. These cookies track visitors across websites and collect information to provide customized ads.
Others
Other uncategorized cookies are those that are being analyzed and have not been classified into a category as yet.
SAVE & ACCEPT
Go to Top